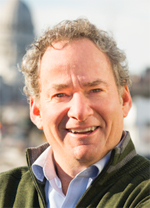 During the hectic legislative session in February, one thing got lost: the public’s ability to participate fully in the process.

That’s because the public wasn’t given adequate notice of some public hearings.

Take Feb. 13. Two Assembly hearings that day were held at 11:01 a.m. and 12:01 p.m. For both these hearings, the Wisconsin Democracy Campaign received an email from the Wisconsin State Legislature Notification Service at 5:19 a.m. that very morning!

The clerks and committee chairs may have been abiding by the letter of the law (despite a 2011 state Supreme Court ruling that largely allows them to violate it at will) by physically posting notices at the Capitol and in the press room 24 hours ahead of time. But they weren’t abiding by the spirit of the law, which is to make sure the public is informed — and has an opportunity to participate in — public hearings.

The instructions from the Department of Justice on abiding by the Open Meetings law are clear: “The notice must be written such that it is reasonably likely to apprise members of the public and the news media of this information…. It is important to note that notice to the public and notice to a news medium are separate requirements.”

That separate requirement to give “notice to the public” is not being fulfilled.

Members of the public aren’t wandering into the Capitol pressroom to find out when hearings are scheduled to occur.

Today, many groups, concerned citizens, and others who closely watch the legislative calendar rely on the Legislative Notification Service, which sends out emails about bills that have been introduced and hearings that are upcoming.

This has become the de facto notification for just about all interested parties.

There is no reason subscribers to the Notification Service shouldn’t be properly noticed — not five hours and 42 minutes before the actual hearing! Or else the Legislature needs to find some other prompt way to notify interested members of the public by e-mail or text messaging systems.

In this technological age, there’s no excuse for not letting the citizens of Wisconsin know, right away, when there’s going to be a public hearing.

I’d also like to see the law changed from 24 hours of notice to 48 hours, so that interested Wisconsinites who live far from Madison could have time to arrange their schedules to come to the hearings.

Here’s the fundamental point: What good is it to have a “public hearing” when the public doesn’t hear about it in time to participate?

Public hearings are a crucial part of our democracy. They are designed so members of the public can make their voices heard. They are not designed — and should not be used — for bill sponsors and the special interest drafters to promote their points of view to committee members with as little public input as possible, as so often happens.

Please, let’s have genuine public hearings, where the members of the public are given sufficient notice so they can actually attend and testify, if they so desire.

Your Right to Know is a monthly column distributed by the Wisconsin Freedom of Information Council (wisfoic.org), a group dedicated to open government. Matt Rothschild is the executive director of the Wisconsin Democracy Campaign.

December: State must do more to promote openness